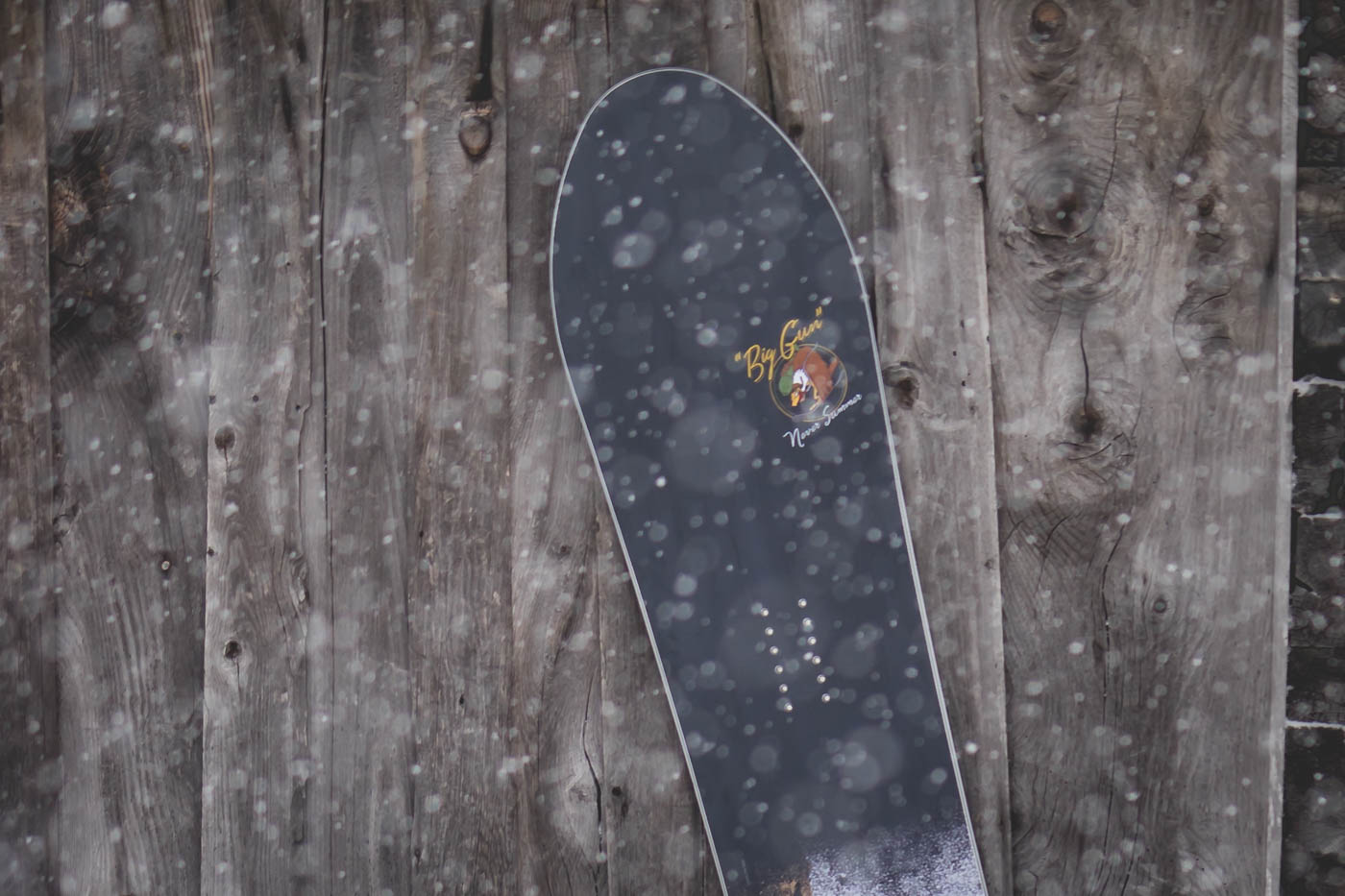 The Big Gun is a new board in the line up for 17/18, forming part of the Shaper Series, and it has already received some critical acclaim by winning a Good Wood award.

Eyeing down this board that towered over the others in the Good Wood test lineup, riders were skeptical. How would a 165 handle for many who are used to riding something ten centimeters the Big Gun’s junior? But once they hit Mach 10 with uncommon control, the concept for this big rig became apparent. “A significantly larger board than I’m used to, yet surprisingly nimble,” one commented, adding that it “rails carves and gets on edge quicker than expected.” The Big Gun’s exceptional length is subsidized with significant rocker and a small tapered tail that allows it to be manipulated on the double. Some testers did indeed express an interest in Never Summer releasing a smaller offering in this profile, but as you wouldn’t ride your 7’4” pintail when the surf is waist high—it comes off the rack when it’s overheard and firing—such is the case with this 165. For most, it sits as the big end of the quiver, meant to be ridden on the memorable days.

This site uses Akismet to reduce spam. Learn how your comment data is processed.

END_OF_DOCUMENT_TOKEN_TO_BE_REPLACED

Shaper Twin - The Best Carving Board of 2018